We provide direct support to Roma girls and women aimed at empowering their own choices through community work. Read more

Workshops and education in schools

We deal with the issue of gender equality and the status of Roma women. Read more

Workshops and popularization in communities

We aim to support the dignity of Roma women and gender equality in general. Read more

We also implement activities that create a safe space for women and they themselves define their needs and the topics they want to focus on (sharing experiences, inviting experts on agreed topics and problems that interest women – these topics are the result of consensus discussions between women themselves ), forming regularly meeting empowering women’s support groups. The activities include strengthening the parenting skills of mothers and fathers, with the aim of improving intergenerational relations, stimulating children’s motivation for a better future and promoting understanding between women and men (fathers also participate in the activities). Another area is the development of the Christian faith as a tool for gender equality and understanding between women through work with biblical texts. Close

Workshops and education in schools

Workshops and popularization in communities

Their goal is to contribute to the elimination of gender stereotypes and prejudices in relation to Roma and women and to promote the acceptance of gender equality. Campaign activities have several parts: Close

Through educational activities, campaigns of empowering activities to support girls and women of marginalized Roma communities, we raise awareness of gender equality and empower Roma women. Individual activities are based on the real needs of Roma girls and are formulated in their “own voice”. The unifying lines are the visibility of (Roma) women, the development of friendship between women and the breaking of stereotypes – especially stereotypes in connection with the myth of parenthood as motherhood, female (un)friendship and religious faith as a barrier to gender equality and others.

In our work, we encounter the accumulation of disadvantages especially in the case of Roma girls, and we respond to the challenges formulated in these questions:

The project called Gender Equality for Roma Communities (RRR) received a grant from Norway in the amount of €206,000. The project was co-financed by a 15% contribution from the state budget of the Slovak Republic. The goal of the project is to raise awareness of gender equality and empower women in marginalized Roma communities, as well as breaking gender stereotypes and prejudices against Roma among primary and secondary school students.

Norway grants represent a contribution from Norway to a green competitive and inclusive Europe. Norway by means of the Norway Grants contributes to lowering economic and social differences and to strengthening mutual relations with the recipient states in Central and Eastern Europe, and the Baltics. Norway works closely together with the EU through the European Economic Area (EEA). Together with other donors, Norway gradually provided 3.3 billion euros between 1994 and 2014 throughout grant schemes. Norway Grants are financed exclusively by Norway and are available in the countries which joined the EU after 2003. For the period 2014 – 2021 the Norway Grants reach 1.25 billion euros. The priorities of this period are:

#1 Innovation, research, education and competitiveness #2 Social inclusion, youth employment and poverty eradication #3 Environment, energy, climate change and low carbon economy #4 Culture, civil society, good governance and fundamental rights #5 Justice and internal affairs All projects are 15% co-financed from the state budget of the Slovak Republic. If you would like to know more about the programmes and the projects financed by the Norway Grants in Slovakia, visit the website www.norwaygrants.sk.

Since 1999, EsFem has been implementing activities in the field of gender equality, supporting the human rights of girls and women. Their work is based on the conviction that gender stereotypes as an unconscious mechanism contribute to the barriers to achieving full equality between women and men, girls and boys. The starting point of the activities is the belief that awareness of gender stereotypes and their consequences is a necessary prerequisite for any work in the field of women’s human rights and gender equality in general. The association won several awards for its work, and the implemented projects became part of good practice in the field of eliminating gender stereotypes through education.

Vyrovnávanie šancí, o. z.was established in 2005 as a continuation of the Foundation for the Roma Child from 1991. Since 1993, the organization has been mainly dedicated to preparing 3-6-year-old children for successful entry into elementary school. An important part is also the work of the children’s parents and other family members. Thus, it provides complex intervention to families in various directions. The projects that the organization has been implementing since 1993 have always focused on the education of children and the motivation of parents for the need for education. The activity “Family education” was a model for implementation in other countries involved in the REF project (Hungary, Macedonia, Romania). The organization implements the Incentive Program for informal education, which also includes methodologies and worksheets. 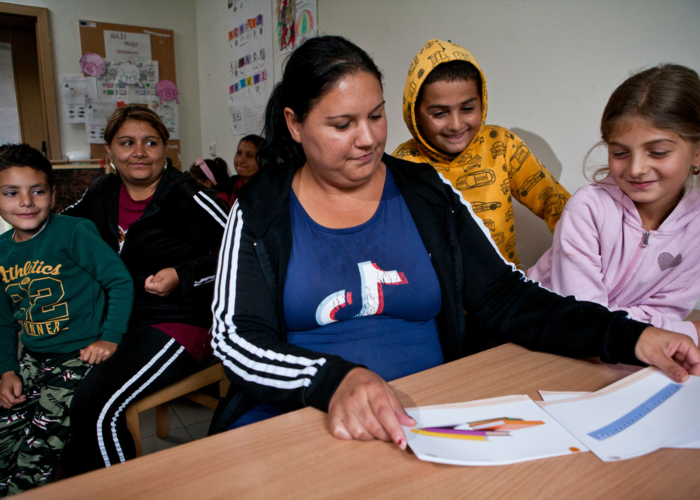 Female experts represent the importance of women’s groups: Our role is to give women a voice 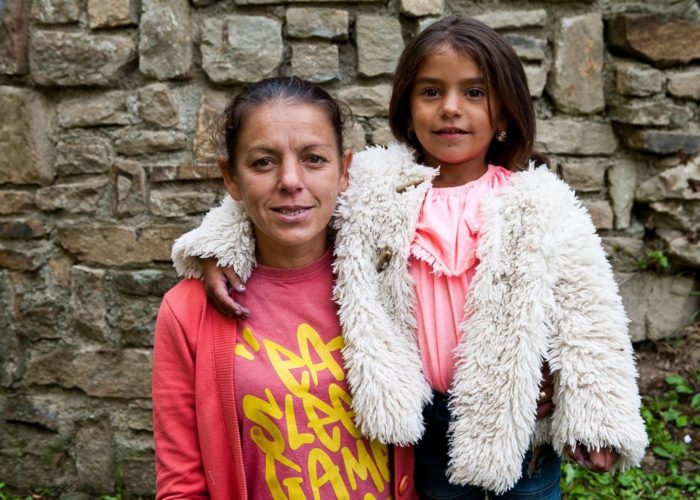 We support Roma women who live in generational poverty. What will equality bring them? 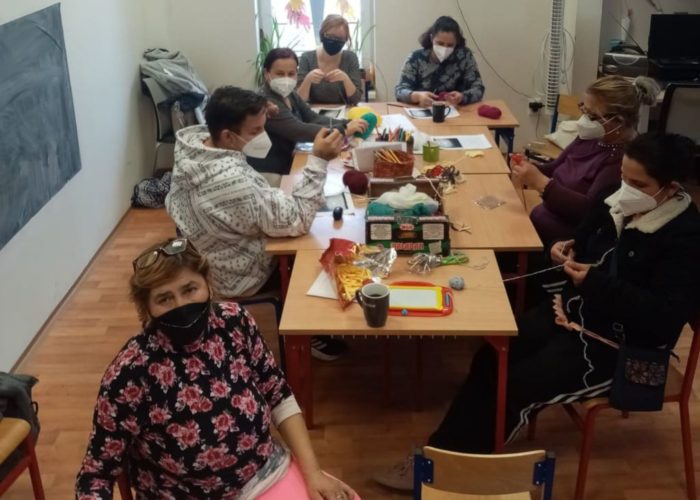 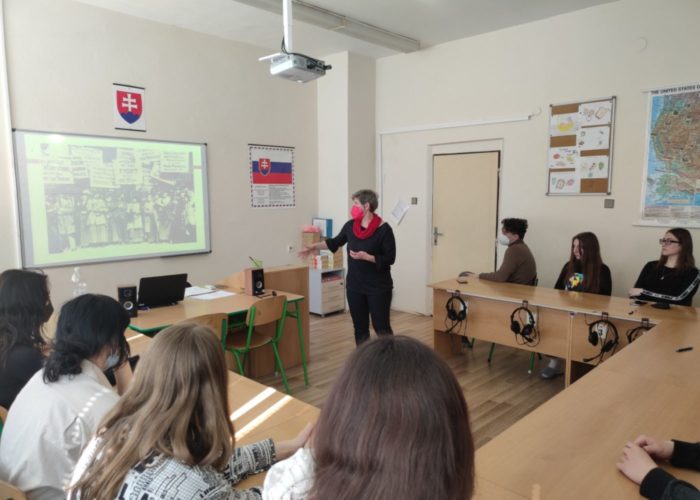 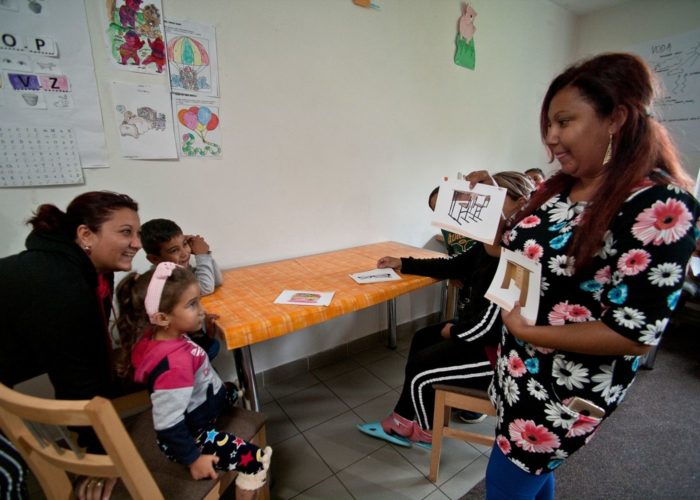 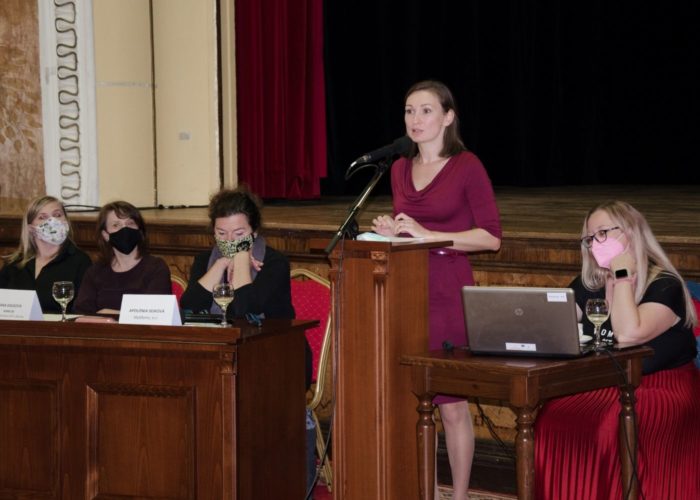 We launched the project Gender equality for Roma communities